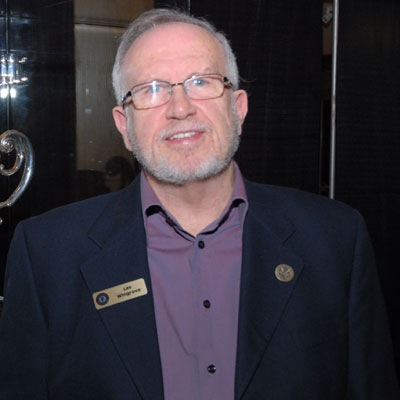 The longtime lacrosse executive loved to debate, deliberate, detail and define. He had a talent for talk, and you’d routinely find him holding court on the corridors at various arenas around the Lower Mainland.

Wingrove died Friday. He was 74.

He knew the game backwards and forwards from various levels, and reached arguably the pinnacle of the sport in 2001, when he was general manager of the Coquitlam Adanacs team that captured the Mann Cup Senior A national championship.

He’ll be remembered for that. And for being a guy who considered a quick chat a discussion lasting at least 20 minutes.

“I was coming out of the arena after my first practice with Coquitlam with a bunch of guys and Les was there in the parking lot and he and I got to talking,” recalled Russ Heard, the longtime Burnaby Laker stalwart who ended up with the Adanacs in 1999 as part of another championship push by Wingrove.

“By the time we were done talking the parking lot was empty. Everybody else had left. By the time I got home, my wife was worried that something had happened.”

There are no upcoming events.
View More